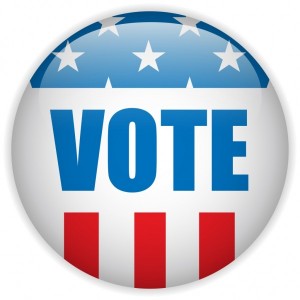 He determines the course of world events;
he removes kings and sets others on the throne.
He gives wisdom to the wise and knowledge to the scholars.
Daniel 2:21

1 Tim. 6:15 tells us that God is the blessed and only Ruler, the King of kings and Lord of lords. However, God gives us opportunity to seek out people to lead us.  This week we have the privilege to vote for wise leaders.

In 1 Samuel 16. God gave Samuel the job to seek out a king for his people. This is what He told Samuel,

“Do not consider his appearance or his height, for I have rejected him.
The Lord does not look at the things man looks at.
Man looks at the outward appearance, but the Lord looks at the heart.”
1 Samuel 16:7

Samuel annointed David to be the new king.  God was very pleased – look what He said about David!!!!

After removing Saul, he made David their king.
He testified concerning him: ‘I have found David son of Jesse a man after my own heart;
he will do everything I want him to do.’
Acts 13:22

Talk with your children about this and lead them to pray with you that our nation will vote for people with good hearts.

Take your children with you to vote if possible.  Never miss a teaching moment; take advantage of every opportunity to establish God’s Word in them as you apply it to every situation.

For fun on Election Day: