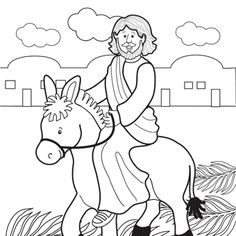 2 thoughts on “Teaching Preschoolers the Message of Hope in Zechariah”