As I was running recently I was questioning if all the efforts to get up and out early to get a run in was really making a difference.  Then I heard the above scripture as I was listening to Philippians on my iphone.  My thoughts immediately went from physical to spiritual and from efforts for my physical health to my efforts for my children’s spiritual health through the years.

This reminded of the time my sister and I decided to surprise Mom and Dad with new living room furniture as theirs was completely ruined from the pets they so lovingly allowed me to have all through my childhood :-). When Dad sat down on the new furniture he said with tears in his eyes, ‘We must have done something right to have children to treat us so kindly.’  I was thankful that we gave my Dad and Mom cause to feel they had not run or labored in vain.

Now on this Mother’s Day I want to say to my four beloved children, “Thank you for holding forth the Word of Life and giving your Dad and me reason to rejoice that we have not run in vain. We see yall taking charge of your own spiritual lives and shining as lights in the midst of a crooked and perverse generation.  Yall have made me a happy mother!!!!”

I have no greater joy than to hear that my children walk in truth.
3 John 1:4 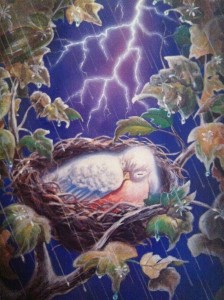 Even the sparrow has found a home, and the swallow a nest for herself,
where she may have her young–
a place near your altar, O Lord Almighty, my King and my God,
Psalm 84:3

Interesting that in this verse God uses sparrows and swallows which are considered the most restless of birds.  He referred to them as ‘fluttering’ and ‘darting’ in Proverbs 26:2.

Yet these most restless birds find a place of rest for themselves and their young near the altar of God. We should follow their example with our young, giving them to God.  We need to stay close to Him, allowing God to work through us to train them in the way they should go; so they will be like these birds that were free to go anywhere, but chose to stay near the altar.

God obviously values birds as there are numerous references to them in Scripture:

He implies that the birds have a better perspective, are more observant, and are wiser than most things: Job 28:21, Proverbs 1:17, Job 35:11

God acknowledged that birds are great parents as He mentions wanting to gather us under His wings as a hen gathers her chicks: Matthew 23:37 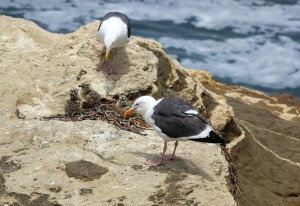 My nephew and his wife work to rescue birds with The International Bird Rescue Center in San Pedro, CA.  So I asked them for some info on birds.  They pointed me to a documentary called “Life of Birds”  Watch and study more about these creatures that God values.  You might learn something about parenting.

But the most important thing we can learn from the birds is that as we seek to parent in the midst of the storms of our busy lives, we should stop the ‘fluttering’ and ‘darting’ and lay our children at the altar of God – keeping ourselves and them near to Him,  and finding peace and protection there. ‘The sparrows and swallows could not have chosen a better place to find rest, or a safer place to have their young and raise their family. The dwelling place of God should be a place of safety where we can raise our children.’ ( Matthew McDonald )

Now for something fun.  One thing I learned in this study is that parents may feed the newborns every 10 minutes – whew – we think every 2 to 3 hours is tough! Here’s a video of footage my son Jeremiah captured a few years ago observing a robin feeding her young. Watch till the end and see what devoted parents they are. 😉 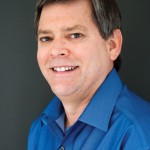 If you see an ingrained pattern in your children’s behavior, here’s an exercise that will give you some direction. In fact, this activity is good for any parent looking for ways to help children grow, but it’s especially helpful when you’re confused and weighed down by a problem’s complexity or deeply rooted nature.

Take a piece of paper and make a list of your child’s offenses or the problems you’ve seen in the last few days. This isn’t a list to show to your child but is a working list so you can gain some perspective in your discipline. You’re looking for examples of problems that need to be addressed. Look for behaviors, their causes, common arenas where the problem takes place, and others who were typically involved. In this step, you’re simply gathering data and making observations, writing down the facts.

Next, group the problems by character qualities. That is, look for common threads in the offenses that may indicate a bigger heart issue. For example, one mom was discouraged with her son because he continually resisted chores, wasn’t completing his work at school, and gave her a hard time when she asked for help around the house. She saw a common thread: her son didn’t like to work hard and resisted work at every turn. She called it a “work ethic,” but you could easily give it a character quality name, such as working on perseverance or determination.

Grouping offenses around character qualities is freeing for many parents. First, it provides some perspective. Instead of working on fifty different negative behaviors, now you can focus on three or four positive character qualities. Furthermore, once you develop a strategy for character development, you begin to see many of the offenses in your child’s life as opportunities for growth.

This approach also helps parents focus on what their kids need to be doing instead of simply focusing on the wrong behavior. Listen to your words of correction. Are they primarily focused on the problem, or on the solution? One mom caught herself in a trail of statements focused on the problem. “Cut it out.” “Stop being annoying.” “People aren’t going to like you if you keep that up.” Instead, she’d be more effective if she’d say, “Think about being sensitive.” “Remember, stop and think first.” “Look to see how the other person is feeling.” By talking about the positive character quality you’re developing in your child, you can be more positive and hopeful in your approach.

For more ideas about moving from a behavior modification to a heart-based approach to parenting, visit biblicalparenting.info. 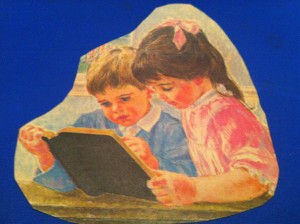 The following comes from the latest post by Discipleland (Check out their great resources.)
“Four Key Benefits of Teaching Children the Truths of Scripture:

After the Lord freed the Hebrews from slavery, Moses knew that God’s people needed a dramatic paradigm shift regarding parenting. He implores parents to do whatever it takes to train their kids about walking in God’s ways: ‘Impress them on your children. Talk about them when you sit at home and when you walk along the road, when you lie down and when you get up. Tie them as symbols on your hands and bind them on your foreheads. Write them on the doorframes of your houses and your gates’ (Deuteronomy 6:7-9).

Why was Moses so concerned that successive generations observe God’s laws? The Lord had promised His people that effective parenting would lead to these wonderful rewards:

Training children to know and obey God is the primary way believers access God’s long-term blessing and rewards—for the family, for the church, and for the whole society.”

And Jesus increased in wisdom and stature, and in favor with God and men.
Luke 2:52

Are you helping your children develop in the four areas Jesus grew in: wisdom, stature, spirit, and social relationships?  You wouldn’t think of sending your family on a road trip in a car with only one cylinder operating.  Let’s not send our children into the world with only one of these areas developed.  Hear some pointers on how to make sure they are operating on ‘four cylinders’ in this sermon by Dr. Billy Daws, Who’s Kidding Who (Week 2)