Children learn best when they hear and see what is being taught.  Read the Bible story ahead of time and be ready to tell it in your own words with much enthusiasm, acting it out as much as possible.  Use visuals to illustrate the Bible story.  Then try to end with a practical application for their lives and a verse to memorize.  A song is always good to help remember the teaching as well; put the verse or something in the story to a familiar tune.

Here’s a suggestion for telling 1 Samuel 16:1-13, the story of the shepherd boy David being anointed as king.

Tell about Samuel looking for a new king as you walk around searching & looking at each child.  Before you start telling the story, give one child a stuffed lamb.  When you come to that child say that David was just a kind, young boy watching sheep when Samuel found him.

Samuel had looked at all of David’s older brothers who were much stronger, but God told Samuel that the Lord doesn’t make decisions the way people do by outward appearance; the Lord looks at a person’s thoughts and intentions.

Visual: Ahead of time, draw David on the front of a piece of construction paper.  Then draw the crown and scenery if you like on the back (hold paper to light to make sure you draw the crown in the right place).  Tape David to a plate (don’t show the back of paper)  Anoint David with oil using a cotton ball to apply oil.  The crown magically appears when the paper is covered in oil. Say that God saw more than what Samuel saw when he looked at David; God saw that David had a good heart to be the new king. 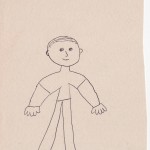 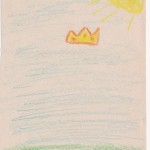 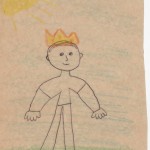 Practical application: David was chosen and anointed to be king because he had a good heart.  Emphasis that our actions are more important than our appearance.  God has something special for each of us to do just as He had for David to do.  We must keep our hearts kind and good so we can do what God wants us to do.

5 thoughts on “How to Tell a Bible Story”